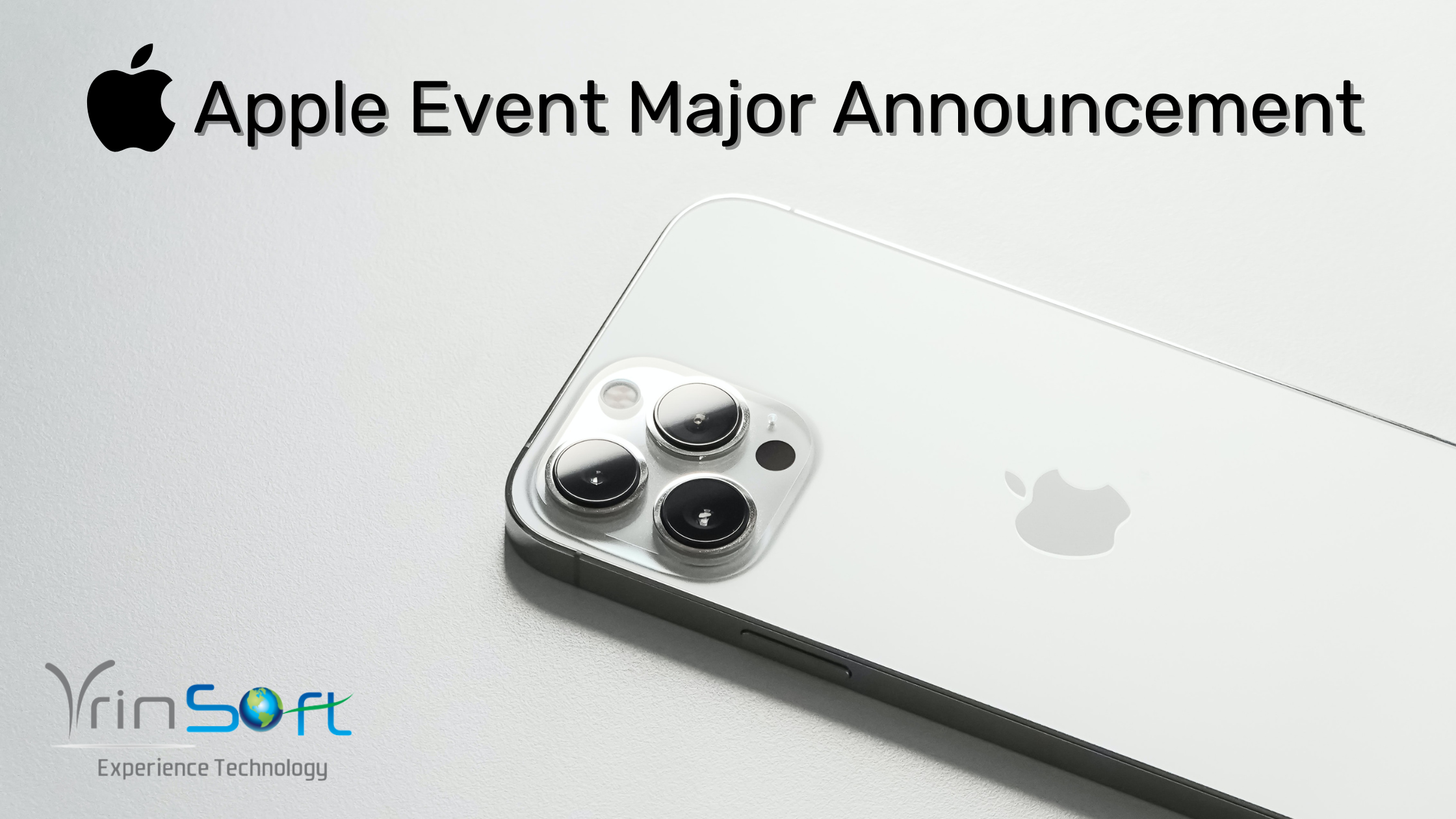 It is not unusual for Apple to organise at least three events every year. These events are for various reasons like new product releases, major software releases or something else. Apple has been integrating new features in all their products like iPhone, iPad, etc., in the new models released. The launch of the new OS for the iPhone, iOS 15, was a major update and introduced many new features for the iPhone app developers to take advantage of.

There are more events this year as one would expect, with many new announcements. This article is meant to give you more information on Apple Event 2022 and why it is vital you develop an iPhone app for your business.

Like every year, Apple has several events scheduled for this year (2022) as well. In fact, there was already one event in March this year where they introduced the third generation iPhone SE. This iPhone has several updates like 5G and the new A15 chip. They also unveiled the fifth-generation iPad Air with the M1 Chip and 5G, a new Mac mini termed as the Mac Studio with an ultra-high end M1 Ultra Chip. They also launched a new 5K display called the “Studio Display” which is a 27 inch display. Here are some of the other events scheduled for this year:

The Worldwide Developers Conference is in June this year. This conference usually takes place early in the month, however, the global outbreak of CoronaVirus affected this event as well. It was a digital event for the last two years. Although most countries have gained control over this pandemic, it is highly likely that Apple may make this a digital event this year as well as a precaution. Apple is expected to introduce a new version of their operating system for several devices like the iOS 16, iPadOS, watchOS 9, tvOS 16 as well macOS13. There are also several rumours that they are planning to introduce several new devices like the Mac Pro, Mac Mini and new iMac.

There is often a second event during fall, specially for the Macs and iPads. This year too, there is a high probability of a second event to launch the updated MacBook Air and its AR/VR headset, of which there has been a great deal of hype.

There are several other devices that are in the making, like the Foldable iPhone, low-cost iPad, AirPods Pro and Apple car; however, it is unlikely that they will be launched this year.

The most recent major iOS release was iOS 15. This is available for all users, and there have already been several point releases as well. Some of the key features of iOS 15 include the revamped notification feature, new design to reduce distractions, spatial audio, SharePlay in FaceTime calls, text recognition in images, ID cards in the wallet app, and redesign of Safari, maps, weather and notes app. Listed here are some of the main features of iOS 15:

Significance of Developing an iOS App for your Business

The Apple App Store has the most number of apps after Google Play Store. There are more Android devices than iPhone hence this makes Android the ideal choice when planning to develop an app. However, from a business perspective, the iPhone is the ideal choice with better quality and more secure apps. Apple is a major brand with many devices like the iPhone, Apple Watch, iPad, iMac, MacBook etc.

More people are opting to use Apple products since they are more secure, offer better performance and are stable. iOS is meant exclusively for Apple devices like iPhone, unlike the Android OS since there are many different types and brands of Android devices. There are many reasons why you need to develop an iPhone app for your business:

There are several statistics that suggest the same:

There are many mobile app development companies offering top-notch apps. Vrinsoft is one of them. We are a reliable and award-winning app developer with over 500 successful projects. We develop apps for all types of clients globally like start-ups as well as well established businesses. Besides this, you can take advantage of our vast experience and exposure to various industries as well. Contact us to develop your next big iPhone app for your business.