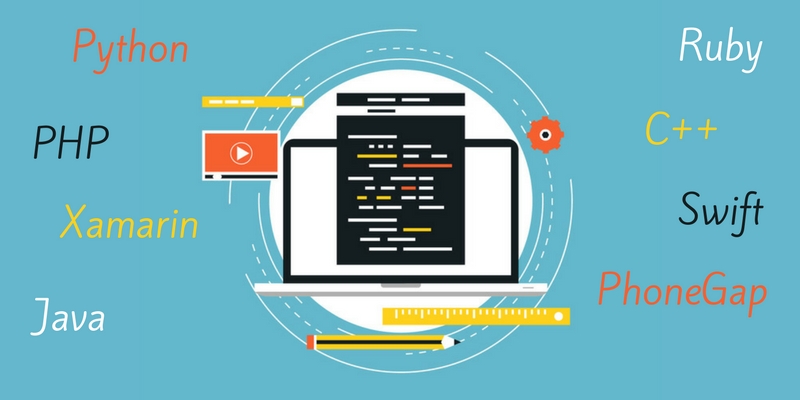 The mobile app sector has faced rapid growth in recent years. Several apps got introduced in the following years. The current count of apps in the app stores is over 5 billion apps generating over 60 billion US dollars and is projected to reach 189 billion in the coming years. Mobile apps have now become a necessity along with the mode of entertainment. Developers are using various technologies to build apps that would satisfy the needs of users and catch the intuition of the user.

The developers need to use the latest technology to develop the user a robust and functional app. Many developers use outdated technologies that appear as bloatware in the app stores. Those apps have low functionality and tend to slow down the user’s device and even crash the device in some cases. Many development companies are taking measures to choose the perfect technology for app development to prevent this. Below are some of those technologies that are widely used for Mobile App Development in Melbourne (Australia), Banglore (India), San Francisco (The USA), and London (UK) who are a few of the popular IT hub cities in the world.

Python has gained popularity in recent years in mobile app development. Although Python is used for web development, it can be used for mobile app development when used with the appropriate framework. It can be used to develop apps for either platform (iOS and Android). Python got its roots from many other popular programming languages, making it easy to learn. Python is excellent for its scalability and readability that follows across all platforms.

C/C++ is very popular amongst many Android developers. It has been around before the Smartphone revolution. It is known as an intermediate-level language. It is the most basic and simple programming language of all. The compiler-based approach of C++ makes it an adaptable tool for multiple platforms. C++ allows development on some level to many developers for almost every platform. C++ helps develop games for mobile apps and more.

This object-oriented programming language is the preferred language for Android development. Java’s flexibility helps the developers re-use the codes to update the software. Although Java is useful for Android, it has significantly fewer applications for iOS development. Despite that, you can use Java for cross-platform app development. The language is easy to learn and handle, and you can use many open-source libraries that Java offers for your development purposes.

PHP stands for hypertext preprocessor. It is a popular language for web development. PHP is an object-oriented programming language that uses a layered model to help develop mobile apps too. PHP is a simple, faster and open source too. It is also helpful in building cross-platform apps.

Swift is the currently used programming language for iOS development, which was earlier done by Objective-C – a sister language of C/C++. Apple introduced Swift after they felt the need to modernize their development technology. Swift swiftly took the iOS development sector by storm as new to the development market. Swift is less cluttered and much easier to read than its ancestor language – Objective-C. Apple created Swift to work with Cocoa and Cocoa Touch, their application programming interfaces for OS X and iOS.

Mobile apps are not only native to one platform. There are apps in the market compatible with multiple platforms, known as hybrid apps or cross-platform apps. Hybrid apps are an excellent option for start-ups who intend to publish their apps on more platforms rather than just one platform.

PhoneGap is a cross-platform app development tool. It requires different frameworks to make the app compatible with various platforms by using standard web-based technologies. It allows the app to access features like a camera and accelerometer. The main advantage of PhoneGap is you don’t need expertise in app development. The developer needs knowledge in web development languages like HTML, CSS, and JavaScript.

Xamarin is also a cross-platform app development tool. It offers a C# language class library and run-time to develop apps on multiple platforms such as iOS, Android, Windows. It is one of the popular languages among developers. The mobile library of Xamarin offers a unified API to access shared resources across all three platforms, reducing the development time and cost.

Ruby is an object-oriented programming language. Like PhoneGap and Xamarin, Ruby is also a cross-platform app development tool. It is the second most popular development language that falls after Java. Ruby uses frameworks such as RubyMotion and Rhodes to build iOS, Android, and Windows apps. It is a perfect language for beginners because it is easy to learn.